If you know me, you know that I battled a hamstring injury for more than a year. It was so long and the injury was so stubborn, that I thought I would never get better and be able to run again. However, with these hamstring exercises for runners, I was able to overcome my high hamstring injury and now it’s stronger than ever.

I remember sitting in the car with family after more than a year of struggling to get better—going through a cycle of setback after setback—crying to my husband about how I felt like giving up. Maybe I shouldn’t try being a runner again.

Related: How to Start Running

My daughter grabbed me by the shoulder and sternly said, “No, MOM. You CAN’T give up. You were meant for running!”

I turned my focus to hamstring strengthening exercises I could do at home, walking, resting, and having a lot of patience. Eventually, I was able to run again.

How I tore my hamstring and got proximal hamstring tendinopathy

In 2019, I partially tore my hamstring in a massive marathon build-up to try to qualify for the Olympic Trials Marathon. I had one shot and went all in.

I doubled my mileage from 50 to 100 miles per week, all while not recovering well because I had two kids who weren’t great sleepers.

My hamstring injury began as a strain from a fall and felt tight. I continued to train and rehab it at physical therapy, but it tore during a half-marathon tune-up race about a month ahead of my goal marathon race.

I took my peak week off, resumed training, and ran the marathon. I continued to run after my marathon until I ran another half-marathon two months later and it became clear I could not run the way I wanted with my injured hamstring.

I write about the whole experience here.

What are hamstring muscles?

Quick anatomy lesson of the hamstrings:

The three muscles at the back of your leg are called the hamstrings:

They run from the back of the knee up to your sitting bones, also known as your ischial tuberosity. They work to extend the hip and flex the knee and run alongside the sciatic nerve.

Why do runners have weak hamstrings?

It’s common for runners to have weak hamstrings and be quad-dominant. In fact, a study found that runners’ quadriceps muscles are 30 to 40 percent stronger than their hamstrings.

Related: 6 Steps to Return to Running After Injury

Via diagnostic ultrasound, I was initially diagnosed with a hamstring strain, then a partial hamstring tear in the proximal hamstring (high at the attachment to the sitting bones).

Thus, I had all the common hamstring injuries runners get.

What hamstring injuries do runners get?

Runners will also have decreased performance as they have less power with each stride.

My hamstring strain felt like tightness in the belly of the hamstring. After I partially tore the biceps femoris, I would get intense achy pangs in my high hamstring. I also felt like my leg was being dragged behind me. It would not function. (This led to compensatory injuries).

When I was diagnosed with proximal hamstring tendinopathy, I had hamstring pain while sitting in my buttocks at the attachment.

Going upstairs or walking (especially uphill) hurt. I still did not feel like my leg would fire. The sciatic nerve was also involved in what’s called hamstring syndrome, so I could not stretch it and even doing an air squat would set it off. I would then feel like my entire posterior thigh was on fire for a couple of weeks.

For a year, I tried all the manual therapies under the sun to fix it. Finally, I was able to heal my high hamstring injury and rid my proximal hamstring pain by doing the below exercises at home.

Related: How to Diagnose and Prevent Common Running Injuries

How do you strengthen your hamstrings?

I worked with a couple of physical therapists and doctors to try to heal my hamstring injury. You named it, I tried it.

I did every manual therapy under the sun: western dry needling, STEM, cold ultrasound, hot ultrasound, cupping, rolling, cryotherapy, regular massages, and more. I tried meloxicam and anti-anxiety meds to calm the nervous system. I bought every at-home treatment gadget.

I finally found a physical therapist who focused on strengthening the tendon and hamstring muscles. This is when I finally started to see results. Coupled with not running, I did the following hamstring exercises at home.

Related: Does PRP Work? My Experience with a Plantar Fascia Tear 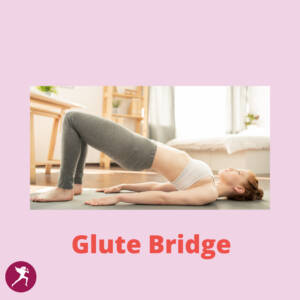 Then progress to the following glute bridge variations: 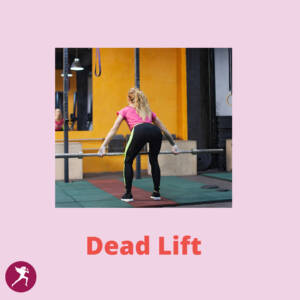 It took several months of diligently doing these hamstring exercises daily (and every 2-3 days if with weights), before I was able to see significant improvement.

Finally, as I began walking then run/walking, I regained power in my leg and was able to run pain-free for long distances and at fast paces.

If you have proximal hamstring pain, please do not lose hope. If you would like help reaching your running goals, please check out my coaching services!